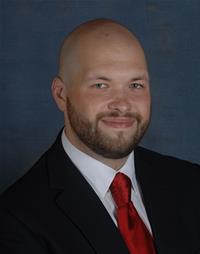 Title: Leader of the Council

Peter was born in Crawley Hospital and went to school at Holy Trinity School, where he joined Labour while still a sixth former. He was elected onto Crawley Borough Council in 2010. Since becoming ward member for Northgate, Peter has delivered:

•          Establishing ‘Northgate Matters’ and supporting their programme of events

Peter became Leader of Crawley Borough Council when Labour regained control in 2014, following two years leading the Labour Group in opposition, at 27 he was the youngest Labour council leader in the UK.

Away from the Town Hall, Peter has represented Crawley on regional and national bodies, such as the Local Enterprise Partnership, Sussex Police and Crime Panel (which replaced the Police Authority), Local Government Association and Gatwick Airport's Consultative Committee. In addition, He has served as a county councillor for Northgate and Three Bridges until deciding to stand down from the county council in 2017.

Outside of politics Peter works as a freelance researcher and enjoys a range of hobbies, including powerlifting and further learning.