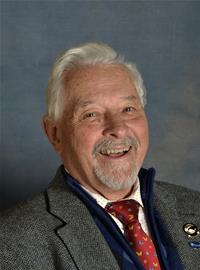 I first became a Crawley Borough Councillor in 1983, representing Tilgate. I served Tilgate for 10 years, starting on the Housing Committee and then as a member of the Recreational and Leisure Committee, becoming its Vice-Chair and then Chair. Since these times I have always concentrated on this Committee’s activities, finding it a natural home for my interests.

I was elected to represent Gossops Green in 1994 and remained a member until 2004.  I won the seat again in 2012 and became the Shadow Cabinet Member for Recreation and Leisure. In 2006, when Labour got control of the Council again, I went straight onto the Cabinet, getting my old job back as Cabinet Member for Recreation and Leisure (now called Wellbeing). I am also an ongoing member of the Licensing Committee, and prior to 2001 accepting the responsibility of chairing this very important legislative organisation, until I became Mayor.

During the years I wasn’t serving Crawley Borough Council, I continued to represent Gossops Green, Southgate and Bewbush, as a West Sussex County Councillor, from 2000 until 2009. I then went on to work for the NHS as a Patient Representative, becoming Vice-Chair of the, ‘West Sussex NHS LINK’, active with Crawley PCT and a Board Representative, on behalf of Crawley to East Surrey Hospital.

In 2001 I was elected as Mayor of the borough. This was a year of hard work, but one that I enjoyed immensely, making my charity The Alzheimer’s Society, at both local and national level.

Today, I am still the Cabinet Member for Wellbeing and a member of the Licensing Committee, responsibilities that I continue to enjoy.